Thirty Foundation volunteers along with the office staff enjoyed, on a beautiful autumnal day, a guided tour of the Gardens and the House, and some of the more energetic then took part of the afternoon to explore the newly opened trails around the extensive Demesne.

The Gardens are ranked as one of the top ten gardens to visit in the world, reflecting a rich tapestry of design and planting artistry bearing the hallmark of its creator, Edith, Lady Londonderry’s passion for bold planting schemes. Whilst several of the group had visited the Gardens before, this was the first time that they had had the benefit of a guided tour from one of the Head Gardener’s, Alan, who delivered an excellent visitor (and visual!) experience. Even in mid October the Gardens were awash with colour and the group particularly appreciated the inverted Harp topiary piece and the new Fomorian statue depicting a half man, half beast. In addition Alan was able to explain that the reason for a mini set of stone steps emerging from one of the smaller ponds was to enable Lady Edith’s Pekinese dogs to escape if they fell in!

Following a three year, £7 million restoration programme, the 19th century house has been significantly transformed and featured in a recent six part BBC NI documentary. As well as the ‘must see’ Congress of Vienna table and chairs and the life size portrait of a knackered horse by a certain Mr. Stubbs, there were also some more quirky items on view such as a chandelier in the shape of a ship, a massive pink china set and a seating plan for a sumptuous Dinner which placed Winston Churchill opposite Lady Astor.

“Winston, you are drunk”.

“And you, madam, are ugly. But I shall be sober in the morning.”

Following the tours, a training/debriefing session was held which reflected on what had been learnt throughout the day, how this could be introduced into the workings of the Foundation and its volunteers, and any other training needs that could be identified. It also provided an opportunity to introduce the two new members of the office staff, Michelle and Naomi, to the ‘family’, whilst also remembering the many years of superb service provided by their predecessors, Denise and Eva.

The cadre of volunteers are quite simply the heart and soul of the Foundation. Without their input into gardening, guiding, recording of oral histories and other areas, the Foundation would not exist.

If any member of the wider police family would like to ‘volunteer to be a volunteer’ in one or several of the roles already mentioned, the Foundation would be delighted to hear from you. The office can be contacted at 02890700116 or email at rucgcfoundation@nics.gov.uk.

Please give it serious consideration as a way of “marking the sacrifices and honouring the achievements of the Royal Ulster Constabulary.” 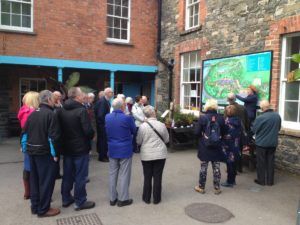 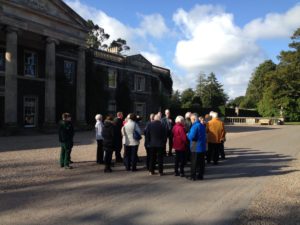 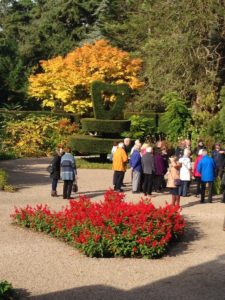 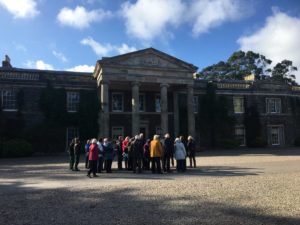 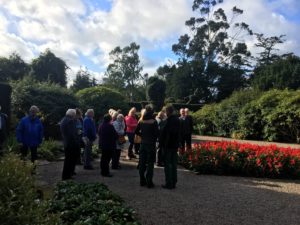