Thursday, August 26th 2021, was a very special day for the Royal Ulster Constabulary GC Foundation and a cause for celebration for its Chairman, Trustees, Volunteers and staff. It was also a very special day for all ex-members of the RUC GC and their families – especially those who value the role played by the RUC GC Memorial Garden in marking the sacrifices and honouring the achievements of the RUC. On this day the RUC GC Memorial Garden was officially re-opened, and it is now ready to once again welcome visitors.

The day marked two important milestones for the Foundation and Memorial Garden. Firstly, the Garden re-opening signalled the end of a lengthy period of closure due to the Coronavirus pandemic. The virus had prevented visitors receiving guided tours due to the restrictions on movement and social gatherings. Now, with restrictions easing, the RUC GC Foundation hopes to once again facilitate small groups and individuals who wish to visit.

The second milestone was the successful conclusion of a major piece of reconstruction and repair work. The Garden (opened in 2003 by our Royal Patron HRH Prince Charles) had suffered wear and tear – especially its water feature. Due to the careful management and use of generous donations, the Foundation’s Board of Trustees were able to approve a very significant overhaul and restoration of the water feature. The fountain, flowing stream and reflecting pools are central to the ambience and respectful memorialisation of all those officers who were murdered by terrorists and others who died while in service. We also remember partner agencies and associated organisations who played a courageous role during the conflicts and challenges faced by the men and women of the RUC.

The occasion also enabled the Foundation to showcase the wonderful work done by its new garden maintenance contractor over the past few months. His professionalism, dedication and sheer hard work paid dividends and attendees were full of praise for the wonderful condition the Garden is now in.

The event was attended by the RUC GC Foundation Chairman, Trustees and a good turnout of Volunteers along with others who had helped during the complicated process of tendering for work, awarding contracts and carrying out the work – as well as representatives of the very generous donor whose contributions allowed the work to be carried out in the fashion that it was. The PSNI Chief Constable and colleagues also attended, and everyone acknowledged the quality of the work completed on the water feature, the excellent state of the Garden as a whole and the important role it plays in the Foundation’s critical task of “marking the sacrifices and honouring the achievements of the RUC”. As the Chairman, Stephen White, highlighted in his short address, the RUC GC Memorial Garden is a place of comfort and compassion; where we proudly recall the efforts and sacrifices of individuals and the collective courage of all who served in the Royal Ulster Constabulary GC. 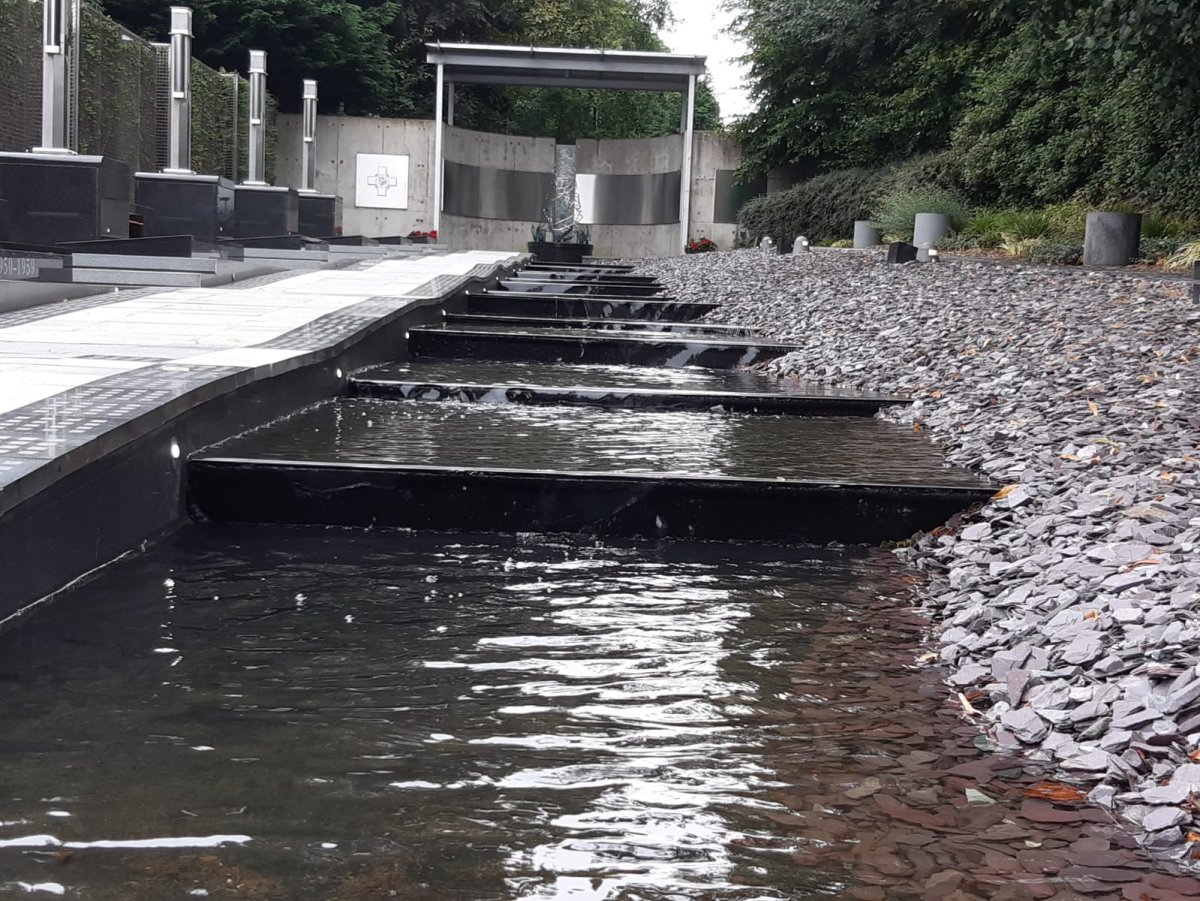