Home / Latest News / On this 100th anniversary of policing in Northern Ireland, there is a determined effort to blacken the good name of the RUC 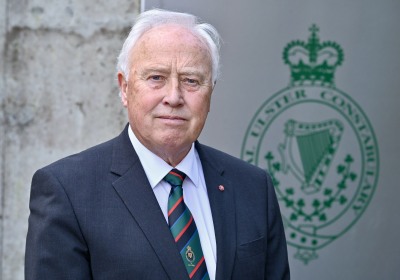 This Sunday, close to 500 people will attend a thanksgiving service in Belfast’s St Anne’s Cathedral to mark the centenary of policing in Northern Ireland.

They will recall loved ones who were cruelly cut down by terrorists during the ‘Troubles’.

They will silently think of others who died during their police service and the individuals who took their own lives.

Thoughts will go back in time to 1922 and the creation of the RUC and An Garda Siochana to take over policing from the Royal Irish Constabulary.

It was a turbulent, torrid time in Ireland.

Some 1,300 RIC officers from all over the island joined the fledgling RUC. The force established itself in every corner of the newly created Northern Ireland. They policed the highways and byways, often doing mundane farm-related tasks, but also remaining alert to terrorist activity.

They served during the Second World War — seven officers were killed in the Belfast blitz — and countered an IRA onslaught in the late fifties and early sixties.

Literally, hundreds were forced from their homes and 10,000 were injured.

Some 300 were left with permanent and severe disabilities.

Nowadays, there is a determined effort to blacken the good name and reputation of the RUC.

No effort is spared to pillory and condemn those of us who wore the uniform.

What’s often overlooked is the fact that if it wasn’t for the RUC, the death toll during the ‘Troubles’ would have been far greater than the 3,500 who were killed.

They interrupted terrorists in the act of transporting bombs or preparing murderous gun attacks.

They frustrated terrorist intentions, and there’s little doubt that thousands of people walking the streets today owe their lives to the steadfast, determined and professional men and women of the RUC.

Their success is perhaps one reason why the RUC is the focus of so much opprobrium. But for the vast majority of this community, the RUC, honoured with the George Cross for acts of heroism and conspicuous courage, there is pride and appreciation.

It is no exaggeration to say that the RUC contributed massively to creating the space for peace to take root and flourish.

The price that was paid was high and although our peace today is imperfect, it is far better than the dark days of the past.

The annual service of thanksgiving has added poignancy given that it will also celebrate the 100th anniversary of the RUC.

We will remember those who served down the decades and keep front and centre the families of officers who paid the ultimate price.

We owe these families a deep debt of gratitude. They shared the great ordeal of stress and danger whenever their loved ones went out to work. For many, the vivid last image of a murdered family member remains indelible.

Remembrance is an essential part of what we do as we look back on the selfless and brave commitment of officers. Families have endured pain, and this Service is our way of saying ‘thank you’ for your steadfastness and dignity.