On November 18th, 2021, having been postponed twice due to Covid, the inaugural Royal Ulster Constabulary GC Foundation Annual Lecture took place at Queens University, Belfast. The speaker was former Chief Constable Sir George Hamilton QPM who had served in the RUC, PSNI and GB constabularies.

Sir George’s lecture was entitled ‘Remembering, Respecting, Learning and Progressing’ – a personal and professional analysis of the transition from Royal Ulster Constabulary GC to Police Service of Northern Ireland.

RUC GC Foundation Chairman Stephen White OBE said: “This lecture demonstrates the Foundation’s desire to contribute to our society by enhancing people’s understanding of, and promoting learning about, policing and police leadership. In commemorating the RUC GC’s record of service and sacrifices, our aim is to be meaningful, outward-looking and fully committed to promoting the rule of law and best practices”.

The invited audience, restricted in numbers due to the pandemic, included serving and retired police officers from all ranks, senior clergy, and academics, along with elected and non-elected community representatives. In his opening address Stephen White emphasised the importance of engagement and the sharing of knowledge and ideas stating, “What we represent is something I believe in very dearly – the power of the collective. For those interested in the rule of law, justice and effective policing; I know we are most effective when we communicate and work together”. 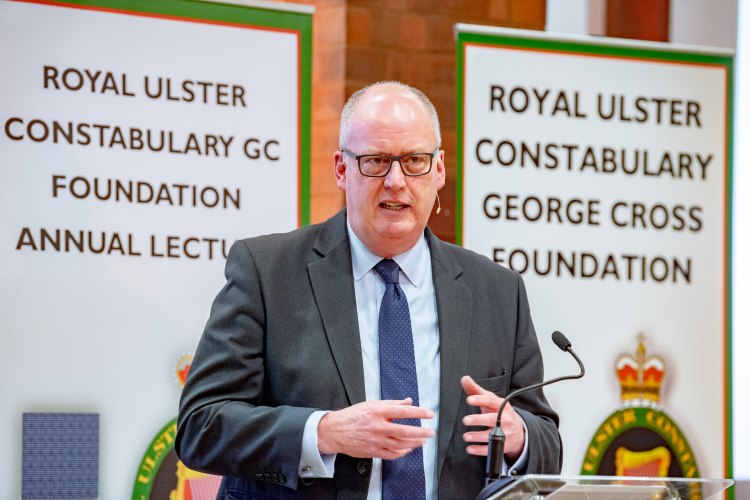 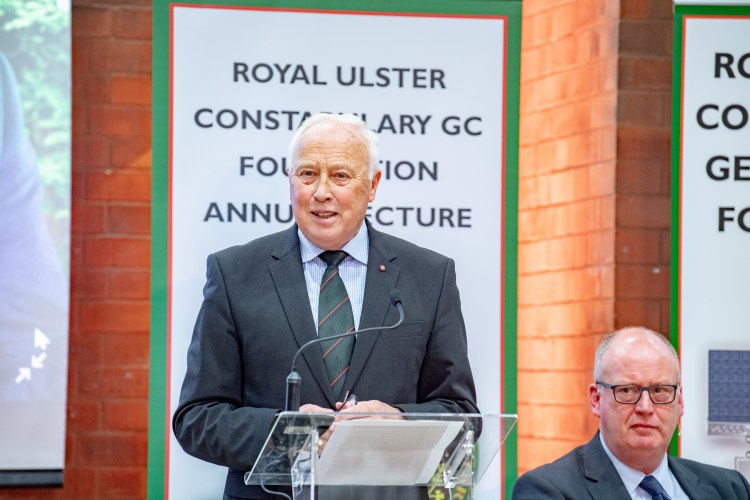